And that is what makes it brilliantly tragic each time Souness hits out.

The former Liverpool player and manager stays relevant by laying into Pogba on television. His target never usually responds, but he did explain this week that he doesn’t actually know who Souness is.

“I didn’t even know who he was. I heard he was a great player and stuff like that. I know the face but the name [no],” Pogba said. “I’m not someone that watches a lot of [punditry], I watch a lot of football but I don’t [keep watching] after the game. I like to focus on football.”

That’s actually quite reasonable if you think about it logically. Pogba, who grew up in France in the 1990s and early 2000s, doesn’t know about someone who played in England, Italy (briefly) and Scotland and retired two years before he was even born.

Could Souness reel off names of

Souness never managed in France, nor at the very top of the game that would have subsequently brought him to Pogba’s attention. By the time Pogba moved to England in 2009, Souness was three years removed from Premier League dugouts and just a talking head on TV. And with Pogba not paying attention to pundits, there is no reason to know who Souness is. People who enjoy playing football aren’t all scholars of its history and that isn’t shocking.

But Souness has dropped this argument to the lowest common denominator.

“The oldest thing in football comes to mind – put your medals on the table…and I’ve got a big table,” he said in a Sky Sports segment.

Pogba won’t because he doesn’t care and has no reason to. But even a direct comparison isn’t just a hands down Souness win… Souness won the Second Division with Middlesbrough in the 1970s…even he probably won’t count that one. He did go on to win six top-flight league titles, though, five in England with Liverpool and one with Rangers in Scotland.

Pogba has only just turned 27 and already has four league titles to his name. He’s just two behind Souness and has another eight or so years of his career left. 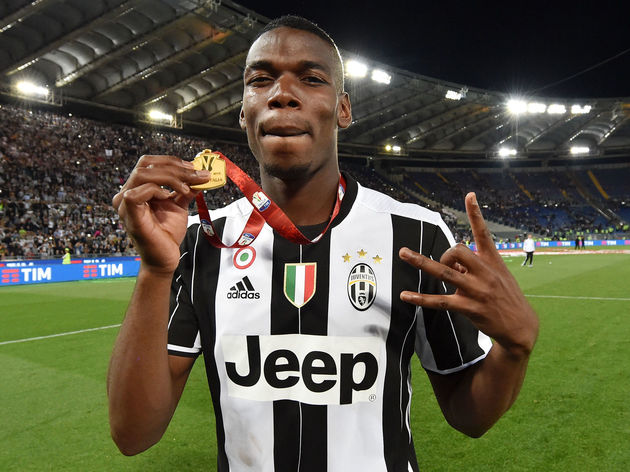 Souness never won the FA Cup as player. Ever. He did win the Coppa Italia once with Sampdoria, but Pogba actually has two of those from his days with Juventus.

Souness has won four League Cups, three with Liverpool, one with Rangers. Pogba has spent half his senior career to date playing in a country where there is no League Cup competition. That makes it an unfair comparison, although he has won one with at Manchester United. Souness is ahead here, having won the European Cup three times with Liverpool. Pogba played in the 2015 final for Juventus and has won the Europa League with Manchester United.

However, it still comes back to retired vs still playing and Pogba still has untapped potential to achieve more over the next few years, whether in Manchester or elsewhere. The World Cup is the pinnacle of all trophies in football and Pogba has won it already – he was just 25 at the time. And with France possessing one of the most talented production lines in world football, there’s no reason they can’t win it again during his career.

He has also played in a European Championship final to date as well.

Souness went to three World Cup with Scotland and never got beyond the first round. Souness was named in the PFA Team of the Year four times at his peak in the early 1980s.

Neither player has won the Ballon d’Or – there is still time for Pogba to change that – and both have been nominated three times. For Souness, two of those came after turning 30, while he had only been nominated once by the time he was Pogba’s current age.

Age is a recurring factor. Souness has won more overall. But he enjoyed a full career that lasted 20 years, nor did he ever lose most of a season to injury or see things halted by a global health crisis. Pogba realistically has eight years to keep winning trophies, and he has plenty already.

If Souness wins this debate, by the same token Jamie Carragher is better than

Arsenal Lose 3-2 to Brentford in Premier League Warm Up

Mikel Arteta will not have been happy with what he saw | Harriet Lander/Copa/Getty Images Be afraid Manchester City, be…

WADA submits request to have RUSADA dispute held in public